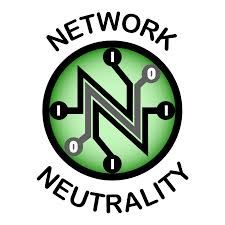 I remember the first time I used the Internet, and it was a lot earlier than everyone else.  As a high school junior in 1993, I used to sneak into the computer labs at University of Maine at Presque Isle, fire up a Spartan 486 or a Mac II, and weave my way through Gopher sites.  Gopher was an early form of the World Wide Web at the time, but it was entirely text based.  Think green letters on a black background, and no mouse support.  Links were highlighted, and you could tab over to them and hit the ENTER key to see where they went.  It was free; none of the sites charged you or begged for money.  Paypal wasn’t even a household word yet.  I never once wondered who was paying the bill.

Fast forward 21 years.  I find it simply amazing that the Internet has grown the way it has with the least amount of governance possible.  Yes, there is now money involved, but reasonably so.  Your Internet service provider (ISP) charges you to access the Internet, and there are purveyors of goods that you can choose to buy from.  What you don’t see or sometimes realize, is that your Internet traffic likely travels across high-speed data lines and through routers and servers that you don’t pay for.  Sure, you pay your TimeWarner bill, but does TimeWarner pay Level 3 Communications when your bits travel across their routers?  Nope, and let me tell you, those routers and lines are expensive.  Does Netflix pay TimeWarner to allow bits of entertainment data to flow across their network?  No, and this system of open access has worked well for more than 20 years.  The factions that want to start charging for this traffic are certainly turning up the heat on data providers like Netflix, and in some cases, Netflix has caved in.

Today U.S. President Barack Obama publicly pressured the FCC to toughen its planned Net Neutrality rules to eliminate the Internet “fast lanes” that some ISP’s are seeking, and that is a really bittersweet pill for me to take.  I’ve lived with a “Free and Open Internet” for more than half my life, and any attempt to control it makes me unhappy, but perhaps it is the lesser of two evils.  If we as a society don’t put some sort of controls in place to regulate what companies can and cannot do with the Internet, we will squeeze out the “have nots” with charges and fees to access to greatest driver of commerce and provider of knowledge the World has ever known.  And that would be worse than allowing the Government a little control.